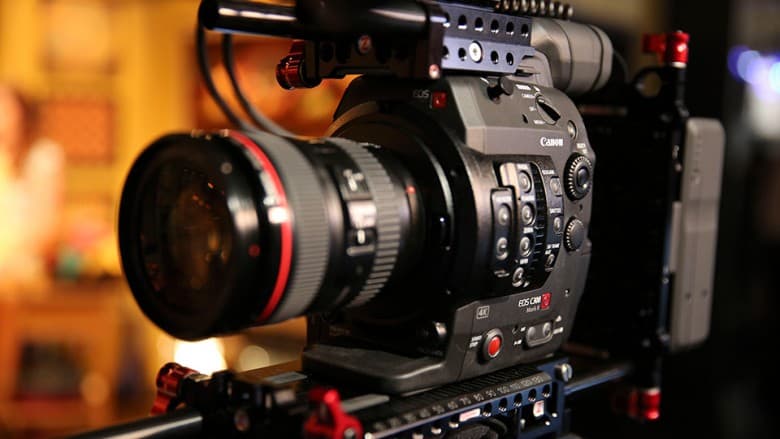 How to choose the right camera for the job

I’m terrible at making decisions sometimes. When presented with a multitude of options for anything in life it’s so easy to spend too much time overthinking which options to take that you end up wasting unforgivable amounts of time being indecisive and not actually getting anything done. The process of deciding on a camera to use is one of those tasks that I, and I’m sure many others in this field, have been guilty of in the past for spending far too long on. Many hours can be lost to Youtube comparison videos and the forums if you’re not careful. Sounding familiar? There are so many options available to us that it’s understandable why it would take so long to decide, but time is money after all and we’ll get left behind if we ‘oom’ and ‘ahh’ for too long. 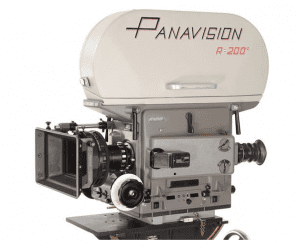 And the award for most expensive wedding video ever goes to..

Lets face it – all of us techies would love to have the latest and greatest cameras for all of our projects. Wouldn’t it be great if we could shoot in 4K or 6K (or even greater) every time? Having the ability to shoot super slow motion on a full frame sensor with internal ND in a lightweight body would be pretty amazing right? Why would anyone want you shooting for them if you don’t have the most up to date technology possible?

Not to rain on the parade or anything but the fact of the matter is we can’t always have the most advanced technology every time. Most of the time this is down to money, but even if you had all of the money in the world to buy however many cameras you’d like, you’d probably reach the same conclusion as me eventually:

No camera is perfect. But, for each job there is a perfect camera.

You probably chose it for its story or maybe the acting. Perhaps you chose it for its cinematography, but remember the camera only did half the work. There was a person operating that camera and they would’ve probably made a conscious decision as to why that camera was the tool for the job in their current situation.

The right camera for the job

It’s very easy to get into the gear mindset and only think specs, but really if you want to be taken seriously as a professional then think of the equipment as merely tools. Cameras are obviously much more exciting than other tools in other industries, but realistically that’s what they are.  You are there to do a job and they are there to help you do that. The camera manufacturers want us to think differently, but then they want our hard earned cash! The key is finding the camera that will help you do your job, whatever it may be, as efficiently and effectively as possible whether you are buying or hiring.

So what is your situation? Do you have a short term brief to meet or a long term investment to consider? If you are stuck choosing a camera, here are some factors to consider before your dreaming becomes a money losing opportunity:

The most obvious thing to consider. As with any other product the more features a camera has, the dearer it will be, whether you’re buying or hiring. Set yourself a budget.

If you’re buying it’s sensible to think about how long it will take (or – gulp – if) you’ll make a return on your investment. We’d all like an Arri Alexa, but do we all earn that much in a year? Similarly if you’re shooting on a long project, would it make sense to hire a camera for that period when you could actually save money in the long run by buying?

What do you actually need to make your camera perform how you want it to? Does it work straight out of the box or are there other bits required? Do these additional items cost much or take long to set up? Will these accessories remain useful if you decide to upgrade further down the line? Have you thought about which lenses you’re going to use? (that’s an entirely different subject in itself)

Crucial, this one. What do you actually shoot? What are your clients asking for? Do you want to move into shooting something different? An Arri Alexa is probably going to be a bit overwhelming for talking heads!

How quickly do your clients need their video? Do you need to shoot with edit friendly codecs for speed? Or do you require something more efficient for storage? Can your editing system handle 4K or do you plan to upgrade in the future? Do you need flexibility in the grade?

It would be lovely to not have to worry about this but unfortunately in the world of business first impressions are made very quickly and this can mean the difference between landing a job or not. Whilst this is mostly attributed to personality, punctuality and presentation, the same can also be applied to the equipment you use. If your clients think you’re using cheap equipment are they likely to pay top dollar? If you shoot on a DSLR have you ever had someone ask you ‘Are you doing stills?’. What impression do you want to leave?

OK, so we’re allowed to have a little bit of fun while we’re selecting our tools. Every camera out there has a distinct look and processes colours and skin tone slightly differently from the next. You might just simply prefer the look of one over the other, regardless of specs. Try some cameras out and see what you like. Are you Canon or Sony? Black Magic or Red? 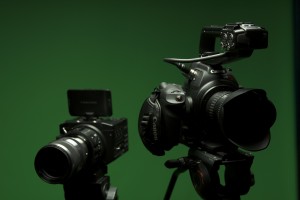 Are you Sony or Canon?

As you can see there is a lot to consider when choosing a camera and we would all want to know that we are making the right choice. Lets look at some examples, in this case some up to date 4K cameras, and think about when they could be used as effective tools and when they may just be a big fat waste of money:

Everyone knows that Arri is king when it comes to cameras, as was evident when cinematographer Roger Deakins commented that the Alexa was the first digital cinema camera to challenge 35mm film.

The Amira is essentially a slimmed down ‘documentary’ style version of the Alexa. With HD, 2K and 4K options, a range of Pro Res codecs, slow motion up to 200 fps, internal ND, interchangeable lenses and huge dynamic range, this camera really has everything I would love to have in a camera. Most importantly, the images it produces are superb. I mean they would have to be as this camera retails at over £20,000. Would probably be hiring this one me thinks. 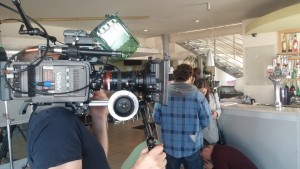 I was fortunate enough to spend some time recently with the Amira. An incredible camera but with the weight of accessories you might think twice about shooting on it entirely handheld. 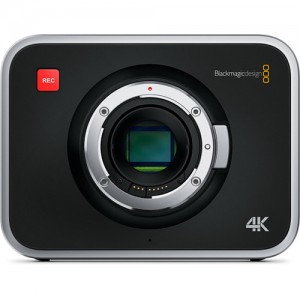 From my experience Black Magic seem to be a bit like marmite. Most people seem to either love them or hate them – there’s no in between. Why’s that? To start with, the specs for their production camera are very good with lots of frame rate options, huge dynamic range and popular lens mount options all within a small body. What’s more it comes at an unbelievable price for a 4K camera at just over £2000 currently. Where it falls short however is in its battery life, impractical screen and ergonomics. It sounds tempting but if you decide to invest in some accessories for it then suddenly it’s not so cheap. 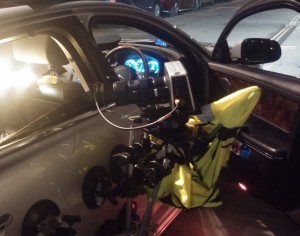 BMPC: The ideal size and weight for a car rig.

The A7S took the DSLR world by storm last year mostly due to its incredible low light capabilities attributed to its full frame sensor and it’s affordable price tag. Now the mkii is here and whereas previously you could only record 4K footage to an external recorder this new version offers internal 4K recording as well as some other nice features including frame rates up to 120fps and several variations of S-Log for greater dynamic range in the grade. At £2500 it is certainly an affordable 4K camera, but it may not be for everyone. As a DSLR it still lacks some features associated with professional video cameras including XLR inputs and is limited to recording no longer than 30 minutes. Its battery life is also not great and the Sony E mount offers far fewer lens options than EF or PL for example. If you decide to invest in accessories, then once again, it may not actually seem that cheap after all. 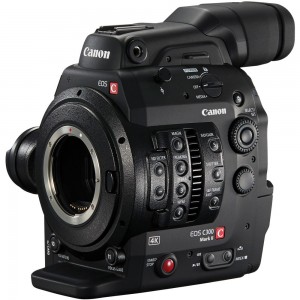 A recent offering from Canon, the C300 mkii builds upon the success of the original C300 which became a widely recognised video production workhorse. The original camera was popular for broadcast, news gathering and corporate work and the C300 mkii looks set to improve on this build with new codecs and frame rates on offer, 4K recording, inbuilt ND, popular lens mount options and a form factor that makes it ideal for shooting as a single operator. But with only being able to shoot 4K at 30p, a heavier build than the previous model and a price tag far higher than the spec-tacular Sony FS7 (which is in the same league but does offer slow motion in 4K) this camera may be too much for some at £13500.

The original C300 has dropped in price substantially since the mark ii release. Great if you don’t need 4K.

These are just a few examples to get you thinking and of course these are my own opinions, but as you can see it’s a bit of a minefield out there. There are so many factors to consider and what one person needs in a camera may be unnecessary for another. It also doesn’t help that new cameras are being thrown at us left, right and centre all the time and the old models are becoming obsolete quicker than ever (which hurts us financially for sure!). The plus side of this camera boom however is there are so many options available that there is something for every budget, whether you shoot HD or 4K.

Get what you need and concentrate on producing high quality work – remember it’s not just about the equipment but the people and the creativity behind it.