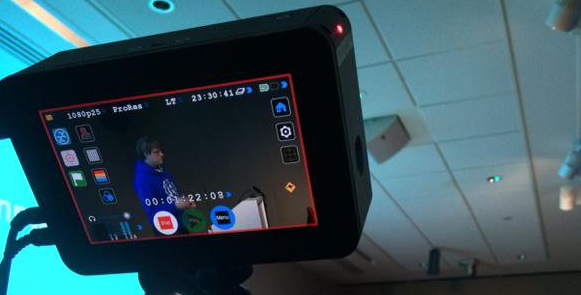 Why we use external recorders to record video

It’s rare to be able to just turn up on set, take a camera out of it’s bag and start shooting straight away. With such a vast range of accessories available to shooters for all manner of shooting situations it’s hard to keep up with, let alone afford all the technology available to us. However, one tool that appears to be cropping up more than most are external recorders. In fact, they’ve been around for a little while now yet they continue to be growing in popularity. For those who may have wondered what the point of these devices is, read on.

What is the point in recording video externally?

Do you know which codec you should be editing in?

This is the primary reason why anyone would record externally. Many consumer and prosumer cameras, notably DSLRs (except for a few exceptions), compress footage using codecs that are good for keeping file sizes down and easy playback but aren’t so good for editing and colour grading.

The Canon 5D mkiii for example records internally with the H.264 codec and it’s files can be opened easily on any computer. However, editing using this codec can prove troublesome, often resulting in glitchy or delayed playback. When colour grading the limitation of this codec results in a relatively small dynamic range, meaning that pushing or pulling the image a great deal will result in substantial noise and lack of ability to recover the highlights and shadows. Even with the likes of non linear editing applications such as Adobe Premiere allowing you to conform almost any type of video file to the editing timeline, the limitations of the original codec do not go away. Edit friendly codecs, most notably Apple Pro res 422 (and the numerous variants of it) are a good solution to improving workflow for those who often find themselves batch converting lots of files, being particularly useful for projects with a tight turnaround. These codecs can be found on all good external recorders. 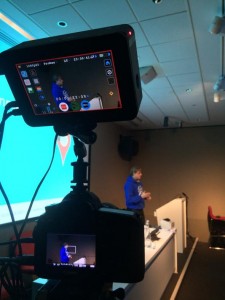 Atomos Ninja blade mounted to Canon 5D mkiii for a conference. Extending the record time to over 30 minutes, using mains power and recording to Pro Res LT made the filming and editing infinitely easier.

The bit rate required for video footage can vary greatly, depending on what it is that you’re shooting. Live event filming may require lower bit rates for storage whereas commercials would need broadcast quality. Many lower end cameras however are limited in the bit rates that they offer, often not qualifying as ‘broadcast quality’ because their bit rate is too low (by broadcast quality, I’m referring to the minimum bit rate required for HD footage broadcast on the BBC which is 100Mbits/sec). External recorders allow cameras to deliver higher bit rates by using codecs such as pro res 422, as mentioned above. Without compressing and uncompressing footage, digital artifacts that can plague footage for broadcast can be eliminated.

External recorders can also help for those going through an offline and online editing process. Although you’ll need more storage space for footage shot with higher bit rates, shooting directly with them still allows you to use proxies (lower quality versions) so editors who are cutting large projects with substantial amounts of information can edit using lower quality files and then reconnect them with the higher quality files at a later date for colour grading and delivery. This is much more efficient and less processor intensive than editing with colossal amounts of high quality data from the outset. Although you still need to downscale to the proxy, you have one less job to do and the amount of time saved by not having to batch convert masses of data to a high quality codec can be better spent editing.

For more information on the pro res codec and the variants of it, including their effective bit rates, check out this useful article on the matter.

No need to record externally with the Amira which records ProRes internally, however the Sound Devices PIX-E5 made a useful monitor for me. It could have also been used for low res recording for quick assembly edits.

Excluding the Atomos Ninja Star, most external recorders include a screen for monitoring purposes. Most of these are in fact larger than the inbuilt LCD screens on most cameras which make them incredibly useful even if you aren’t recording to them! For those situations when you can’t reach the viewfinder or see the screen, or another person needs to see the screen such as an assistant or client, having an extra screen can speed up the filming process.

Now, whether recorders are a suitable replacement for professional, colour accurate monitors or not is another topic entirely, however for the purposes of most shoots the extra screen is rarely going to be a hindrance. What’s more, inbuilt tools and scopes for exposure (waveforms, false colour and zebras.) and achieving critical focus (peaking and magnification) are usually offered in addition to the screen. Even if some of these features are included on the camera, the chances are there will be more on the recorder (and they will be much easier to use!).

Most external recorders store files on readily available HDDs and SSDs*. The former is more cost effective per gigabyte whereas the latter is often faster and more reliable with no moving parts. Either way, both these methods of storage are easy to find, purchase and change, unlike some storage media that can be extremely expensive (e.g. red mag SSDs and SxS cards). If you’re going to be recording hours of footage at high bit rates, affordable and reliable storage should be at the top of your list of priorities.

*The Atomos Ninja star is an exception, using ultra fast and reliable C Fast cards. This ultimately comes at a premium. 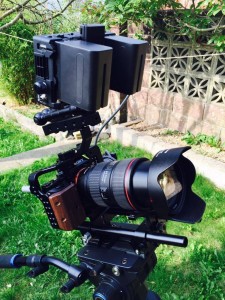 Dual batteries can be a godsend

Not a primary reason for using but models offered by Atomos and Video Devices in particular are well noted for their compatibility when it comes to power and in some instances can out last the camera (5D shooters, take note!). The Atomos Ninja Blade for example can be powered by Sony NPF, Canon and Nikon batteries, as well as with an AC unit. Adding to this, dual battery slots are a common feature in most recorders and allow for continuous use on location.

Do we need external recorders for every shoot? 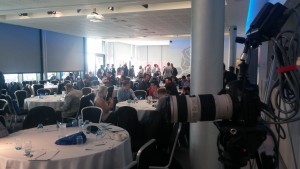 A quality recorder can be a useful asset as well as a costly, glamorous add on. The question is, do you need one or want one?

The answer to this, as I would say about any other bit of equipment is no; there is always a time and a place. Sometimes it is simply easier to turn up with your camera and shoot. News gathering, weddings and sports are just some examples where it might just be easier to shoot in camera, especially if it means the difference between getting the shot or not. However, this is all relative to the camera you’re using in the first place (if you need some help choosing a camera it may be worth checking out an earlier article on how to choose the right camera for the job).

External recorders have been designed to get an extra lease of life out of cameras old and new and to make content producers’ lives that little bit easier. However despite this, we shouldn’t forget that every extra gadget needed to get our desired results is another item that needs to be powered, mounted, connected, protected in transit and supported with compatible media; all of which usually come at extra cost. Ultimately it’s down to you and what you shoot to determine whether a recorder is a suitable investment for you or something to hire on occasion. 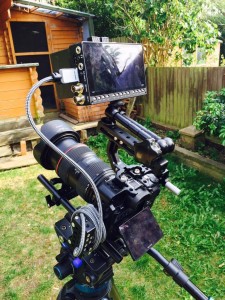 In the case of the Sony A7S mark i, an external recorder was a solution to a camera that could record 4K video but not internally

Prices for external recorders can range from a few hundred to several thousand pounds, depending on the features, connections, maximum resolution and frame rates offered. Below are some of the popular manufacturers:

« Why, when and how to use a clapperboard
7 DIY lighting essentials for low budget filmmakers »